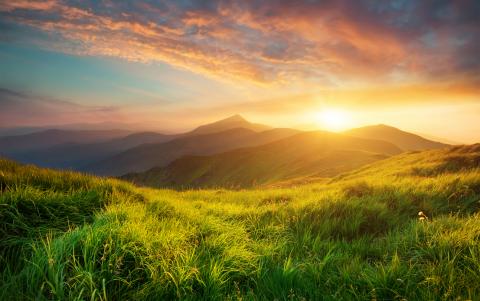 Greetings of Peace and Joy!

In a sense I grew up with the space program. Born just a few months before Alan Shepard became the first U.S. person in space aboard Freedom 7, by the time of the Apollo flights, I had a scrapbook packed with clippings about space and the astronauts flying into it. Eventually a framed copy of the Apollo 11 crew photo adorned my bedroom wall. The science of flight and being an astronaut was never my strong suit. What hooked me was the wonder and mystery of exploration into unknown places; the majesty of the iconic Earthrise photo of Apollo 8 still stirs my heart for what it illustrates about God’s good creation.

Yet as the story of Apollo 13 and later moon flight illustrated, the wonder of space travel and moon-flight could be taken for granted. Bill Moyers shared how writer Jacob Needleman regained the awesome majesty of what the program could do.

“I was an observer at the launch of Apollo 17 in 1972. It was a night launch, and there were hundreds of cynical reporters all over the lawn, drinking beer, wisecracking and waiting for this 35-story-high rocket.

“The countdown came and then the launch. The first thing you see is this extraordinary orange light, which is just at the limit of what you can bear to look at. Everything is illuminated with this light. Then comes this thing slowly rising up in total silence because it takes a few seconds for the sound to come across. You hear a ‘WHOOOOSH! HHHHMMMM!’ It enters right into you. You can practically hear jaws dropping. The sense of wonder fills everyone in the whole place as this thing goes up and up. The first stage ignites this beautiful blue flame. It becomes like a star, but you realize there are humans on it. And then there’s total silence.

“People just get up quietly, helping each other up. They’re kind. They open doors. They look at one another, speaking quietly and interestedly. These were suddenly moral people because their sense of wonder, the experience of wonder, had made them moral.”

That rocket-launch sense of awe comes to mind in the story of Jesus taking Peter, James and John up high on a mountain. There radiant light, a majestic voice and glimmering presence of Moses and Elijah gave witness to the Transfiguration of Jesus. In that brilliantly lit moment, the disciples fell to the ground at the wonder of it all. Jesus then helped them to their feet and guided them back down the mountain onto the trail of discipleship.

When we worship God in spirit and in truth, we too know the feeling of majestic awe that can strike like a rocket launch. Join us in worship this Sunday as we explore the majesty of the Transfiguration of Jesus as Matthew tells the story (MT. 17:1-13).